Papandreou will announce further measures to reduce the deficit by 4% this year.

In all likelihood, he has accepted EU’s demands for VAT increase, pay-cuts in the public and private sector. Measures that against all pre-election rhetorics, will harm economic growth and will increase unemployment. In the following climate, I suspect that all much needed reform will be canceled under the fear of public uprise.

The Eurostat knew where the country was going since 2006, but it kept silent. It had nothing to say about the 500million euro program to change old cars with new ones. It had nothing to say about the increases in government spending that got Karamanlis re-elected in 2007 with the majority of two MPs. It kept quiet while Greece’s spending went from 50% to 75% in Karamanlis’s final effort to stay in power. All this time Mr. Barroso visited Mr. Karamanlis every 6 months, offering his political support to a fellow Conservative amidst their respective election campaigns.

The Eurostat had a lot to say, after Karamanlis was ousted in October 2009, following an election that was fought and won by 10.5% on an agenda of transparency and reform. All this talking kicked off the financial speculators and their CDS gambling against a European country and its Sovereign debt. A debt that reached new highs, under the blanket of an inexplicable EU-silence.

I thought that our EU-memebership would safeguard us from the likes of Karamanlis and his clan. I was wrong. Private and Sovereign interests prevailed.

“Pay your creditors and shut up” is the motto.

This monetary union (as opposed to political), will follow the rules and ethics of the financial markets. It is willing to bring unemployment to a people that voted for reform. It is willing to experiment with our tolerance to corruption, lack of social justice and poverty. 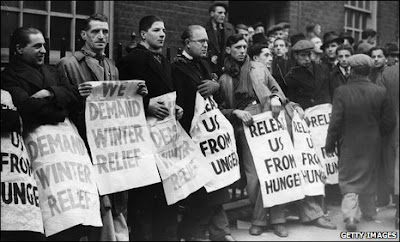 Aged tactics with well known consequences. I expect the worst reactions. The warning signs are here, but the EU still chooses to play on the limit. Big mistake, but who’s listening. Civil unrest will create its own opportunities for the markets.
Unless there is a spill-over effect to markets that really matter to them. For the time being, it looks that it is a risk they are willing to take.